After experiencing a traumatic event, most people go through a healing period and then move on with normal life but for some, the experience is simply too great. For these individuals, a condition known as Post Traumatic Stress Disorder or PTSD develops. With this comes an overwhelming sense of fear, anxiousness, sadness, and disconnect, which if not properly treated can lead to suicidal and even homicidal thoughts.

For someone with PTSD, it seems as if life will never return to normal. It is this very sense of hopeless that causes symptoms to worsen, thereby causing a person to spiral out of control to an even greater degree. For someone with Post Traumatic Stress Disorder, quick and appropriate treatment is vital but unfortunately, even with an aggressive treatment plan, some people still struggle to conquer the devastation of this mental health disorder.

Keep in mind that while the symptoms of PTSD are much the same across the board, every person with this disorder will present in a somewhat different manner. In addition, some people develop symptoms within hours of a traumatic experience while for others it can take days, weeks, months, and in rare instances, years. The level of intensity is also unique to each person but even in mild cases, symptoms are too difficult to manage.

Some of the more common events that can trigger a PTSD response include the following: 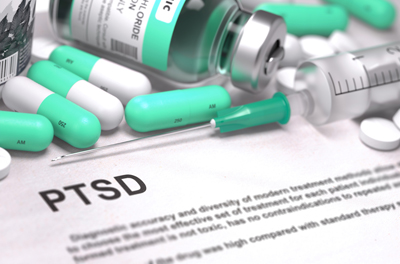 As the result of experiencing a traumatic event, most people will go through an initial period of shock but eventually recover. However, for someone with PTSD, both the body and mind never recover. Most people suppress the emotions and memories of the event, which is the worst thing that could happen. With traditional therapy, the goal is to help a person remember the event but also experience the emotions whereby healing can occur.

Along with cognitive/behavioral therapy, other traditional treatment options for someone with PTSD include family therapy, Eye Movement Desensitization and Reprocessing (EMDR), and prescription medication. In some cases, it takes a combination of all treatments to bring relief but even then, some people see only short-term improvement or are required to continue with therapy and medication for years.

As mentioned, one of the triggers for PTSD is war. Today, neurofeedback training has become a standard treatment for many men and women who have and continue to serve in the war against terrorism. Although this treatment has been used for PTSD just within the past few years, it has been a key treatment option for a variety of other physical and psychological problems over a long period of time, and with a significant degree of success. Thanks to two medical experts, Dr. Carol Manchester from Ohio and Dr. Eugene Peniston from Colorado who together pioneered the use of neurofeedback training for PTSD, patients around the country now have a new lease on life. With this form of biofeedback, the brain is literally retrained to move out of destructive brain wave patterns and into normal, healthy function. As a result, symptoms of PTSD are greatly diminished or eliminated altogether.

With neurofeedback training, continuous feedback of vital information is targeted to the specific area of the brain where unhealthy electrical activity occurs using a technique known as “brain mapping”. Because patterns of electrical activity within the brain correspond favorably, the brain is guided and retrained. This makes it possible for someone with PTSD to overcome most, if not all of the associated symptoms.

Simply put, the direct source of the problem is addressed opposed to forcing a person to work through a lengthy treatment regimen. Although it typically takes multiple sessions for a person with PTSD to see improvement, strides toward well-being and confidence are made during each training period. Following in the footsteps of Dr. Manchester and Dr. Peniston, medical doctors, therapists, and mental health professional around the world now offer neurofeedback training as a standard part of treatment for PTSD patients.